Temples and old templates: from the calm safety of columns to the challenging simplicity of circles. Or, other words, is it better to be creatives or architects?

Temples and old templates: from the calm safety of columns to the challenging simplicity of circles. Or, other words, is it better to be creatives or architects? 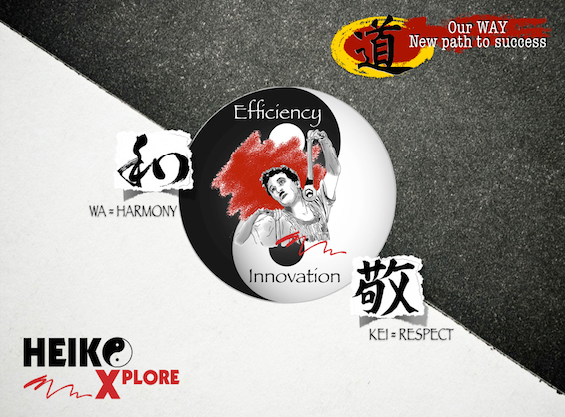 The truths of religion are never so well understood as by those who have lost the power of reasoning. (Voltaire)

This is my simple religion. There is no need for temples; no need for complicated philosophy. Our own brain, our own heart is our temple; the philosophy is kindness. (Dalai Lama)

I adore archaeology and archeological discovery, this window onto our past, onto the history of humankind. However, today (clarification is required here so as not to hurt the feelings of any archeologists and archeology enthusiasts, who will excuse me for that which I am shortly going to say) I’d like to use archeology as a metaphor; a provocation to denounce a certain kind of backward thinking.

It is common practise these days to use the image of temple to illustrate the principles upon which improvement processes are based. The number of columns in these temples varies. Some corporate improvement systems are inspired by the now well renowned TPS = Toyota Production System. Simply substitute the famous car manufacturer’s name, ‘Toyota’, for the name of the company in question and, hey presto, you have a whole new system wrapped and ready to go.

Over the years we have seen the construction of the TPM (Total Productive Maintenance) Temple, which I understand has 8 columns. This was followed by the WCM (World Class Manufacturing) Temple, with a good 10 columns. In an ironic spirit, I have allowed myself build a GCM (Galaxy Class Manufacturing) Temple with… shall we say 16 columns? We can always add on a few if 16 isn’t enough. In a flash of genius, I’d also like to create a UCM (Universe Class Manufacturing) Temple, with a number of columns tending towards infinity. Why hold back? Surely I will find some consultant ready to follow me. Placing aside for one moment the tottery stability of these temple, rendered invariably like an infant’s drawing in 2D with no sense of perspective (sorry, kids!), you might think you were on a tour of the Valley of Temples in Agrigento. We might imagine also the Parthenon. Unlike classical temples with six columns on the front and 13 down the side, the Parthenon is “octastyle” with 8 columns at either end and 17 along its sides (Wikipedia) which, if I am not mistaken, add up to some 50 columns! We could also consider the Temple of Luxor, or even the Bernini Columns at San Pietro. The Valley of the Temples, the Parthenon, Luxor and the Bernini Columns all share at least two things in common: they are three dimensional (hence stable) and have survived over the centuries.

I understand how the idea of a temple with columns can be reassuring, providing a sensation of calm and serenity and a precise framework to accurately guide from one column to the next. Of course, the logical conclusion is that if you construct all the columns you will have created a structure that will transform a business into an excellent company. Nothing in the columns and in the temple is threatening to management or corporate hierarchy. As in ancient Egypt, temples were erected by slaves. So too, these apparently modern, little temples are built by those who have to do the real hard graft. A temple is surely better than other less reassuring models and we can always add an extra beam or column just in case, in order to be sure that it remain upright better.

I love temples, particularly ancient ones, but only in tourist mode, and would dig them if I were an architect. But I would never go and live in one. I find them somewhat ramshackle, lacking in basic comforts, drafty and, frankly speaking, somewhat in a state of ruin. If ever I were to imagine a structure to live in, I would aspire to something more comfortable and modern.

Wisecracks aside, these temples are symbols a conceptual model representing the structure of the convictions a person holds regarding the way certain things work (Donald A. Norman). It is for you, dear Reader, to decide what you think that conceptual model actually is.

What would the ‘founding fathers’ of continual improvement think, seeing it represented by temples and crystallised in the adoption of a whole series of tools?

Kiichiro Toyoda’s father (Toyota Motor Corporation was founded by Kiichiro), Sakichi Toyoda, was an inventor. He is considered Japan’s Edison. He developed 85 copyrights. Developing ideas and going into his workshop (contiguous to his office) to try things out was normal for him. Taiichi Ohno, factory director at Toyota, radically innovated the production processes there by devising new paths; he was able to continue implementing his ideas because he enjoyed the support of senior management. Otherwise, system resistance would have put an end to the new methods he was introducing. Shigeo Shingo, another well known Japanese native involved in process improvement, had studied American work analytics systems in depth.   Finally, what can we say of Edward Deming, with his PDSA (Plan, Do, Study, Act) which so influenced Japanese industry?

The Japanese edition of Taiichi Ohno’s book was published in 1978, some 37 years ago. Is it possible to imagine that if Ohno were alive today he would not continue improving his system and evolve it?

Two of Sakichi Toyoda’s idea, taken on board by Toyota as guiding principles, are striking for their value and relevance today:

Always be studious and creative, striving to stay ahead of the times

Always be practical and avoid frivolousness

What would good old Sakichi have said about 8 or 10 columns, temples and acronyms?

If I absolutely had to choose a symbol to iconically express the principles in which I believe, I would opt for the TAIJITU: 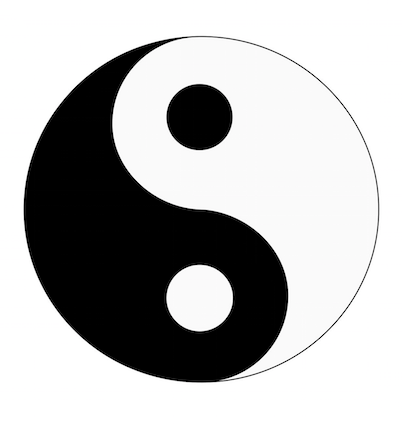 The Taijitu is a universal symbol of Chinese culture and in particular of the Taoist religion and Confucian philosophy. It represents the concept of yin and yang and the union of two opposites. The term Taijitu, references all drawings and diagrams symbolising these elements. Unlike the Western way of seeing it, and in accordance with the Taijitu meaning (cross-beam), the centre of the symbol, not often focused on, where two opposites unite, is in fact very important. (Wikipedia)

The YIN and YANG parts would be efficiency and innovation and the central point at which they unite would be the person, that is the person at the centre of a company’s system. The Chinese symbol of opposites depicts constant change and includes writings in a circle representing harmony. Constant change, therefore, harmoniously seeking both efficiency and innovation with and for people, which is thereby a principle for entire organisations to be applied across all functions. The Taijitu doesn’t suggest the calm, apparent security of columns. It offers the challenging simplicity of a circle.

To sum up, I think that continual improvement should also be applied to the actual principle of continual development; that is to say, to oneself. Continual improvement cannot be crystallised in a series of tools and temples; it is an evolutionary concept, incessantly changing and innovating. This was the original attitude of the great people who have practised continual improvement from its outset, and it cannot work in structures which only encapsulate the calm rigidity of the familiar. This is why many companies go bankrupt and don’t fully manage to obtain all the benefits that a fundamental approach to change and innovation can procure. They look for solutions and pre-confectioned answers that are reassuring in misleading schematising. Improvement therefore becomes seen as a theology in itself, as a belief which renders the organisation in which it is implemented inflexible.

Dear reader, what inspires you? Innovation or architecture? Do you prefer to be a theologian or an innovator?

Have a good week,