Lean, Toyota and the quest for the Holy Grail…

Lean, Toyota and the quest for the Holy Grail…

“You can never invite the wind, but you must leave the window open.”
Bruce Lee 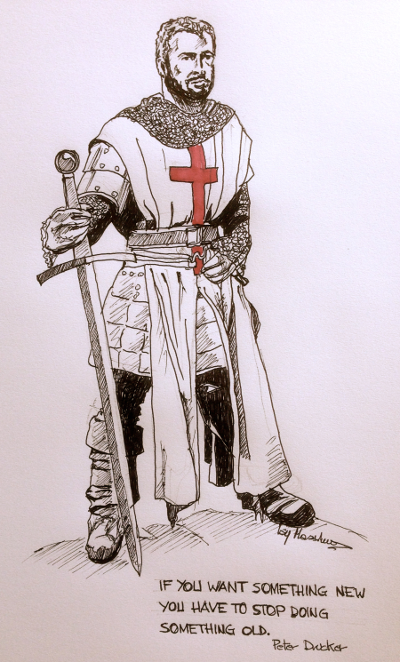 I am very often asked about my thoughts on the “lean” philosophy and from the frequency of the question I gather that the answers I have given are not sufficiently clear. Hence the idea to write these few lines to clarify my idea on the subject.

The word “lean” is the brainchild of an American, John Krafcik, who spoke of it for the first time in 1988 in an article published in the MIT journal – Sloan Management Review;

“I would like to introduce two new terms here – buffered and lean production system. The reasons for selecting these terms are obvious. The production systems of most Western producers throughout most of the post-war period were buffered against virtually everything. Inventory levels were high, buffering against unexpected quality problems; assembly lines had built-in buffers to keep production moving if equipment broke down; legions of utility workers were kept on the payroll to buffer unexpected periods of high absenteeism; repair areas were huge to buffer against poor assembly line quality, and so on.
Other plants, best exemplified by Toyota, truly were lean operations. Inventory levels were kept at an absolute minimum so that costs could be shaved and quality problems quickly detected and solved; bufferless assembly line assured continuous-flow production; utility workers were conspicuous only in their absence from the payroll.”
(John F. Krafcik -1988 Sloan Managemen Review)

“Lean” is therefore a relatively recent term that has been used to summarize the “doing more with less” concept, according to the term’s meaning “thin, slim”. It is a concise concept that is used for explanatory purposes and that has become quite popular, probably because of the “lean” concept (less resources = less cost) that it implies. However, though it was adopted by the Japanese in a number of cases, it was never used in the initial attempts at continuous improvement (kaizen) made in Japan or in Edward Deming’s philosophy, which had so much influence on the development of the Toyota Production System and the improvement of the Japanese industry. While Taiichi Ohno’s philosophy certainly mentioned the need to improve productivity and quality, yet this had to be obtained working with and respecting people. Moreover, in the “Toyota Production System” the term “Production” has a much broader meaning than is commonly attributed to it as it encompasses all players in the supply chain, from the suppliers to the commercial network, all the way up to the distributors. Unfortunately, carried by their typical hurry, Westerners are always looking for the perfect recipe to achieve immediate results, so that these issues are often overlooked or forgotten.

The dissemination of the principles and techniques of continuous improvement or the “lean” philosophy is due to Japanese consultants, former Toyota employees, who exported them all over the world (on this, see the post by Bob Emiliani, Lessons well learned, 25 June 2014). All “lean expert” consulting companies, in one way or another, owe their skills to the teachings of these pioneers. Unfortunately today, the cultural background and philosophy of continuous improvement have in part been lost, also due to age factors; the “tools” have survived which, despite their unquestionable effectiveness, nevertheless cannot replicate the success of large companies (Toyota above all) that have applied those skills in all aspects of the company’s organization and management. An interesting article, published in the magazine Industry Week in 2007, clearly showed on the basis of data that many of the attempts made to copy the Toyota System have failed.

An important distinction should be made here: the application of tools and techniques produces results in the short term and at local level, but it completely fails in making the difference in terms of a company’s success.
Many implementations that we see are either “cosmetic” (superficial, more formal than substantive), or they don’t have an actual impact on the departments’ conduct (in this regard, just notice the few proposals made or spontaneous improvement activities being carried out), and are mostly confined to operations.

On the contrary, the method, techniques and philosophy employed by Toyota and the companies that have been successful in the “Lean” application, are an integrated system of processes, activities, culture (the visible part, the one that everyone wants to copy) and mindset that are underpinned by a different management model (not visible). The “lean” approach starts from the entrepreneur, the CEO, the top management to then permeate throughout the company. As long as it remains confined to the operational area it will fail to display its full potential. As long as it is deemed a “production’s business”, it will be but a (sometimes unsuccessful) copy of an otherwise very advanced and in-depth system.

From the above considerations and the experience gained over many years, first as a corporate manager and then as consultant supporting other companies in different industries and areas (operations, sales, product development, etc.)., I have drawn some considerations that are only meant to be a point of view and food for thought and certainly not absolute truth.

Companies should seek and pursue efficiency in all departments. Application of the continuous improvement philosophy and techniques should cover all business areas. Globalization, time and space compression, interconnection and increased complexity result in continuous pressure which makes non efficient and non effective processes no longer sustainable. Surely, increased productivity (overall, not specific) must be pursued with determination.
However, efficiency alone is not a strategic element, nor can it support the company’s development. It is a negative value: it is an issue if it is not there, but it no longer makes the difference, i.e. it no longer ensures a sustainable competitive advantage.

Companies that pursue a structured growth will have to develop internal/external (open innovation) processes that produce true innovation, by involving all the company’s people and departments in the process. These processes cannot happen by chance or be the creation of some particularly brilliant mind; they have to originate from a structured system that coordinates the involvement of the various parties with the aim of producing originality across the board: in the development of truly new products, in attracting, receiving and satisfying customers throughout the entire purchasing process, through the planning of “touch points” that are really modern and designed for clients, as well as in sales processes that are more in tune with the times.

The key strategic resource for companies is the people who work there. The companies of the future will be those where employees are satisfied, professionally trained (here, modern and adequate training will make the difference), motivated, proactive and inspired by passion. For this reason, companies will have to show in practice, not just in words or mission statements, that their people are really important, by giving them priority, including over the achievement of profit.

All this requires a revolution in management models.
If the “Real Lean”, to use an inspired term coined by Bob Emiliani in opposition to the “Fake Lean”, is a different way of managing the company, it may be considered as a possible management model. Thus, true success derives from conceiving a new leadership style that is more suitable and modern.
Principles and practices of business management that were born at the beginning of the last century and evolved very little in the last one hundred years, have to be abandoned. They have become a mature and outdated technology and should be replaced with something newer, more in tunes with the times and needs of today’s world.

Only those who have the courage to END something, can find the strength to START again
We must put an end to a decades old way of doing business.
Techniques and tools are good, but a new way of thinking is needed that completely RE-THINKS companies, their operations and management. There is no point in trying to copy Toyota or any other large company that are such because they have found their own way of doing things, a culture in which people have immersed since their first day in the firm. On the contrary, each company has to develop its own way of doing business, in line with its own history and market. A new way that can help the company’s evolution and bring it to the next level. Such a way fulfils the conditions for being successful and achieving sustainable and long-lasting growth.

It is a permanent, uninterrupted research in which all must take part, according to a process that is very similar to the design of an innovative product. For this reason, we are involved and believe in BUSINESS DESIGN, because the future has to be designed and built with imagination, determination, creativity and courage.

Have a good week